pacific pearls®
A Gem From Ocean    A Natural Gift For True Love ...
× 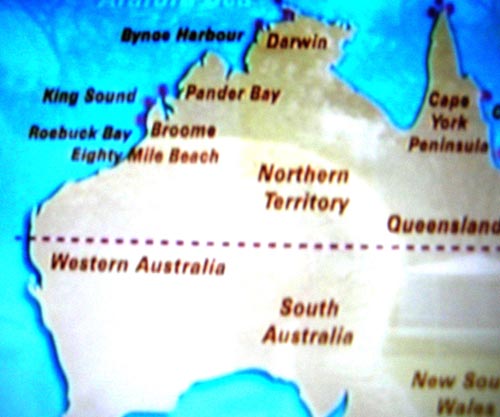 Black Tahitian pearls created in the womb of the special black- lipped mollusk main found inFrench Polynesia waters also found in this warm water species naturally ranges across the central and south pacific , this mollusk naturally secretes a dark pigment, which ,depending on the quantity, gives the resulting pearl a color ranging from black to gray.(NATURAL COLOR NO DYE COLOR) Tahitian pearls generally develop a nacre coating 2-3 millimeters thick. Only a small number of oysters survive to produce a fine pearl.

Luster-The lustrousness can be more subdued than in other varieties ,almost velvety, but they can also exhibit luster so intense than it resembles the metallic sheen of a ball bearing.

Nacre-Very thick .  During the cultivation period (about  two years ), p.margaritifera produces nacre that is typically 2mm thick all the way around .

Color- The colors are dramatic and range from light “dove” gray to a medium-deep “gunmetal” gray. Other colors include the “peacock”, “eggplant” , green, olive-green, blue, magenta, browner…

peacock , the color that's often most highly valued: a dark green gray to blue gray, with rose to purple overtones .

Shape- Perfectly round pearls are exceptionally rare, and even rarer in fine quality. Other Shapes are near –round, button, semi- baroque , circled …Rarity is only part of the reason for perfect round pearls' higer value . 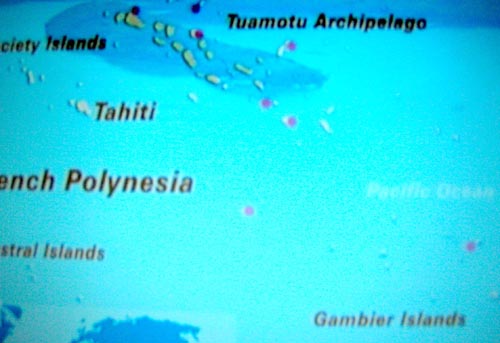 Akoya pearls are found in Japan , china, and Vietnam . These pearls are farmed in saltwater and grown in oysters. (AKOYA is the Japanese word for saltwater ) Akoya pearls take 10-18 months from the time they are nucleated to the point they are ready for harvest .They are the most difficult and costly to grow because of the low survival rates of their host oysters. less than 50 % of Akoya oyster survive the nucleation process. And less than 5% are considered high quality.  Akoya pearls command a higher price more than freshwater pearls. Freshwater mussels are larger and can produce up to 20 pearls at a time, whereas Akoya saltwater oyster are smaller and can only produce one pearl at a time.

Luster-Fine Akoya can exhibit the most intense luster of any white round, saltwater cultured pearl.

Nacre- The nacre coating is less thick on Akoya pearl than on the south sea types. Nacre Thickness generally averages less than 0.35mm in round pearl.

Color-Normally in the white family. The rarest is white with a surface blush of pink; cream shades are also pleasing. Occasionally pearls occur in unusual colors including pink, blue, gold and gray . Japan is also producing a natural color black pearl.

Size-range is 2-10mm in diameter, although they rarely exceed 10mm. 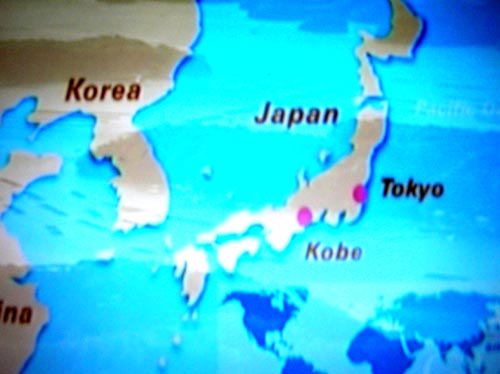 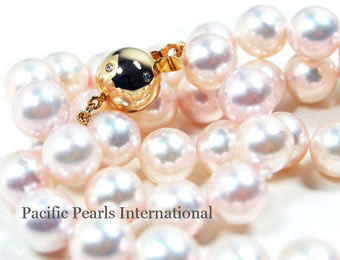 Freshwater cultured pearls are grown in Freshwater, in mussels that live in lakes and rivers. They grown in many countries . The leading producers include the United States, Japan, and China .freshwater mussels are larger and can produce up to 50 pearls at a time, Freshwater pearls occur in a wide range of colors white, pink ,orange ,lavender , purple , violet, blue ,rose , and gray … and occur in every shape including potato, stick, cross, and wing shapes… and every quality .size –range 3-15mm .There is a huge range in quality , LARGE SIZES AND PERFECT ROUND, HIGH LUSTRE  freshwater pearl are more expensive , so be sure to compare carefully . 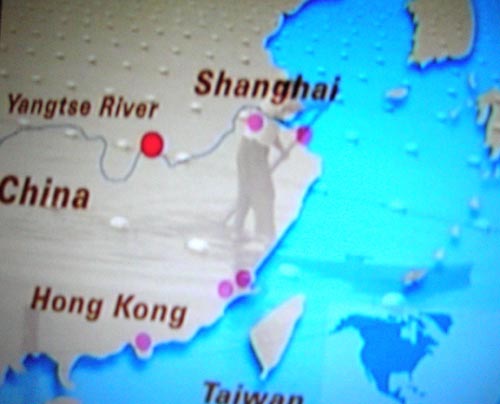